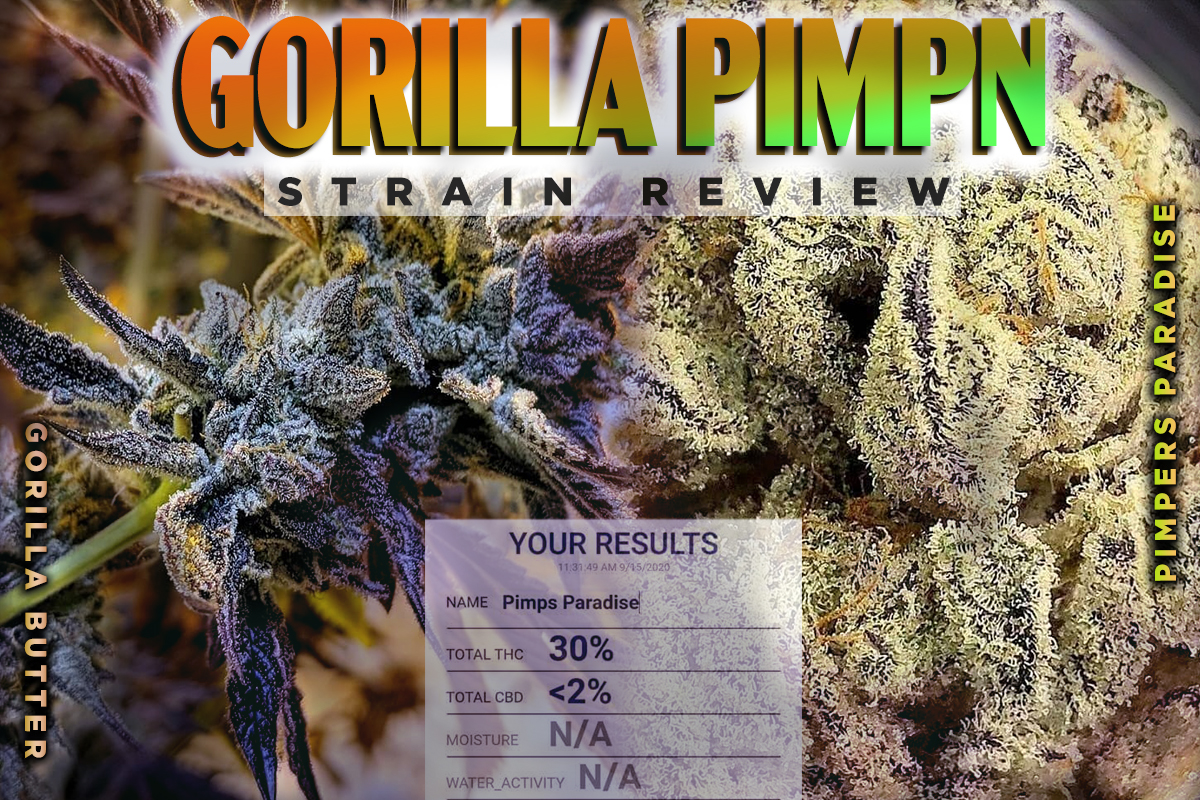 With Gorilla Pimpn we knew we had to tap a female from the batch, Gorilla Butter, initially bred by Fresh Coast Seed Co. We popped over 50 beans to pheno hunt a male to our liking to cross with our Pimpers Paradise OG cut that is off the wall.

Cartier Crops bred Pimpers Paradise from Native Sun Genetics, and the flavor will smack yo ass with kindness. The goal was to add more heat and size to the Gorilla Butter strain while keeping her flavor. 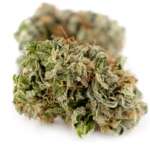 The Story goes, a fellow named Josey Wells accidentally crossed his Sour Dub to his Chem Sis and threw it out off of his seeds after the process. His buddy Mardogg kept some seeds from the batch and years later grew them out.

He didn’t have the space or enough seeds to pheno hunt, so he ended up with four plants in total. The #4 plant was the winner and why he named it GG#4.

How accurate is this story? Not sure, but shoot, the strain had to be made somehow, and for now, we will assume that’s the way it went down. 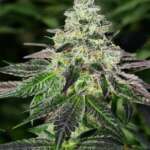 Thug Pug is the name, and it’s too bad he’s out of the game now. He had over 32 hits on his lineup, but the Peanut Butter Breath strain is what landed him as a household name.

Although the Peanut Butter Breath isn’t a colossal yielder, you can get a full flavor of OGKB, Face-Off OG, Girl Scout Cookie, and Dosido all in one hit. You add the Medo breath in there with her cherry pie flavor and purp taste from the bay area, and it’s a wrap.

Her powerful effects are probably why Fresh Coast Seed co-tapped her with a GG #4. Super dope strain if you can get your hands on a pack. It’ll be hard to do since the main guy is out of the loop.

By blending the Gorilla Glue #4 with the Peanut Butter Breath (OGKB), you get a dope cross. This strain produces an earthy aroma with smooth and creamy flavors.

According to growers, Gorilla Butter has an average flowering time of 60 days. 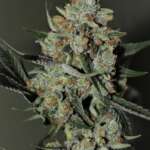 Pomona OG was named after the Goddess of fruit trees. Her apple and blackberry flavor, along with the intense OG, make this strain a Goddess indeed. We used a White Fire OG female and a Grape Stomper OG male.

It was initially created by Gage Green Seeds. It was a hybrid of JojoRizo’s (RIP) Purple Elephant, a Purple Urkel Hashplant, and Elite Seeds Chemdog Sour Diesel, which is often said actually to be a Headband x Sour Diesel hybrid and contains no Chemdawg in it. 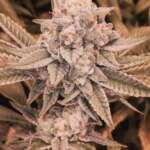 Grape Stomper is a massive yielding grapey strain with a potency that is unrivaled by a great deal of the Grapey strains out there.

The cut of Grape Stomper was obtained by a friend of the breeder, Gage Green, and sold to a California collective, known as Blue Sky, an Blue Sky did as many shady collectives do and changed the name to Sour Grapes to steal credit from the original breeder.

Cartier Crops created it by crossing the Pomona OG to a Grape Stomper male found on a Grape Stomper pheno hunt. Nothing but magic and more OG along with intense grape tones o-n the inhale and exhale. It’s like OG kush and Grape Stomper on steroids.

Huge yields make her a classic for the commercial grower and the home grower. We all want size and fire in the grow tent, dont we? She is very powerful and in your smoke sesh, all your friends will ask, “WHERE DID YOU GET THAT SH!T! MY WEED DOESNT TASTE LIKE THAT.” LMAO

If you love rosin, then you want to press these flowers, and feel like you’re on an island in paradise.

We help indoor cannabis home growers save up to 75% on top-tier genetics through our private seed tester club, eliminating scammers, middlemen, and bad genetics.