How It All Began

I would love to tell you a green spider bit me, and to my surprise, overnight, I was transformed into the SEEDER MAN… But this is not the case, as my story is of pure passion accompanied by unsatisfied genetics, which led me to believe I was the problem. 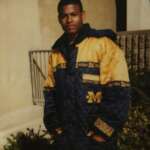 Twenty-six years ago, at the young age of 15, I found myself on a new piece of land in a new environment, not knowing the seeds I would plant would change my life forever. This new land was in the state of Indiana, where there were more cornfields than people. Coming from humble beginnings, my mother’s ex-boyfriend and friends would sit around and smoke herb every day, and with each puff, something would tell me to grow just like the corn hovering over all their heads. He was selling to his buddies, so I knew there might be an opportunity to develop some flowers and sell them to my mom’s boyfriend for a small profit.

So I went into my mom’s boyfriend’s stash and found about 12 seeds. Next, I grabbed an old bleach container ( not the smartest thing to do, but it worked), went outside, scooped a handful of soil from the cornfield, and planted my seeds. Now, this may have been beginner’s luck or some good ass soil which I do believe helped me as they all sprouted.

To my surprise, after five days, they were soaking up the sun, and something happened to my soul I’ll never forget. As I watched the plants grow each day, I was able to relate to their changes as I was going through changes. With each new leaf, I would find myself lost in the veins, color, and structure. I knew nothing about nutrients, and I believe the enriched soil of the land was my helpful friend. 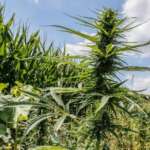 After a few weeks, I transplanted the 2-foot plant into the farmer’s land after removing a few stalks of corn ( Sorry, MR. Farmer, but I had to do it). The plants were growing as if it was a tale from Jack and the Beanstalk. Each day I was so excited to wake up and find out the new changes, the passion for growth was starting to become part of my character.

All I knew was that as long as the plant continued to grow, I would mimic it and grow along with it. While many were playing and enjoying a fun life, I spent time with my plant and talked to her daily. I would even ask myself, “am I going crazy” and I was. I’ve always lived on the side of Insane since few did or does. I mean, who wants to be normal. I was crazy for this beautiful flower that was taller than me after six weeks and the prettiest thing I’ve ever laid eyes on.

It was late fall, and the plant ended up being 10 feet tall with towers of gems on her. She was my pride and joy, but more importantly, she was my savior, company, and friend during my troubled year.

As she started to die along with the season, I was saddened but understood that everything has its time and purpose and that all must pass away. She taught me the essence of life, to live to the fullest, stand 10 feet tall at all times and ripen as we age in search of freedom.

The day came to chop her down as Mr. Farmer was in the field with tractors yielding his fortune from the earth. The cut was painful, but the time came for me to enjoy the fruit of my labor and a few dollars off my mom’s boyfriend. I knew what my life would consist of and what road I wanted to take from that moment.

Indoor for the Win 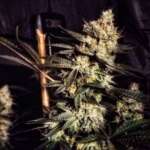 So I brought my growth to the inside years later. At this point, the internet had just started, and I had to find seeds from somewhere. In 1998, European seed banks were completely controlled, but it took five months to get an order. So I ordered hundreds of seeds as I would dart out on my journey. Year after year, I would grow with much success, but I noticed something. I had a good friend who would come up to visit from California, and each time we would smoke, his flower would knock me on my ass.

He would laugh at my flower, and no matter what I grew, it just didn’t have his power or flavor. This had my mind going because I knew nothing about genetics and figured all plants were the same but with different names.

Well, I was wrong. As I continued to study, I started to learn more about the various types of plants, their purpose, and much more about what made a champion a champion. I would stare at my plants and ask why they were not like others and what “I” was doing wrong to them.

Well, it wasn’t me at all; it boiled down to the type of genetics I was buying online. Then one day, my friends said, hey, lift your head! Your herb is decent, but you need some fire ass beans.

He said he knew a guy who sold clones and made seeds, but he wasn’t cheap. This was 1999, and it was illegal everywhere, so this was like a huge Mafia move to get seeds, LMAO.

So I gave my buddy $500, and he sent me a pack of 24 beans! I was pissed off like, Bro, I want my money back; you jacked me. He told me to calm down and just grow the damn beans.

At this point, I had no choice because he was gone, and I didn’t want to wait five months to get an order. I remember to this day it was some of the Original OG Kush and Blueberry (which isn’t around anymore, but if it is, please holla at me), and they went into my pucks. (This was written a few years ago, and I found some Original Blueberry, I just thought i’ throw this into the story. Carry On)

Long story short, it was some of the best flame I’ve ever grown, and I immediately knew it wasn’t about the grower, which helps the process; it was all about genetics. I had to call my boy back and apologize for tearing his head off, and when he arrived again, my flower rivaled his, and it was a beautiful thing. I began to plant seeds within my mind knowing all I had to do was just water the thought.

I knew there had to be many others like me who wanted nothing but the best but had no idea of where to go or who to trust. Now let’s fast forward a bit… 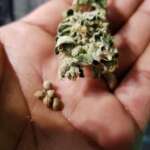 I knew crossing genetics was in my near future but had no clue how to make it happen. I thought it would be as easy as getting a male to pollinate the female, and bam, we have fire, but it didn’t work out like that. I found myself once again learning something new about the plant, and my discoveries took years to get a grip on, not to mention a lot of pheno hunting to find my winners. Many Years! Then in 2008, I ran across a genotype that would change my growing future and life, but the price was something I wasn’t ready for.

After years of searching, I came across a female clone with levels in the 32% range and a male in the 30% range.

I told myself, “Self, This Can Be The Winning Recipe,” but the price tag isn’t in my wife’s recipe. $1k for the female and $1K for the male. I tell you this; everyone thought I was crazy and lost my mind. Especially putting trust in the breeders to get me the clones I yearned for, considering they were many miles away.

I tossed and turned at night for a few days straight, and finally, I said, what the hell? We only die once, and if I wanted to make a name for myself, I would have to take the chance, and that’s precisely what I did. They were my 1st cross, and my babies were born under the Name Cartier Cookies since both were cookie strains, and I am Cartier. 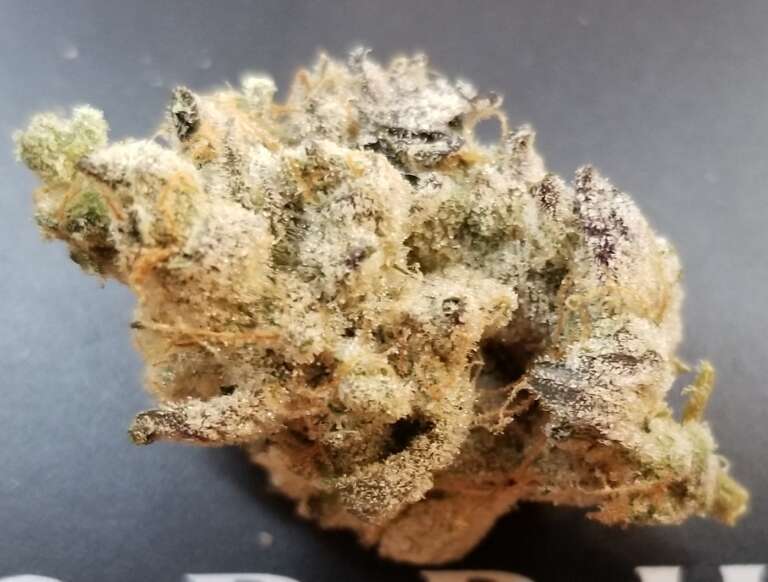 I then had to replant many seeds with help from friends and family to find the special one. This took another year or so; now, remember everyone still thinks I’m crazy, right.

After years of trial and error, I was upset not to find what I was looking for. Then on my 12th run, I saw a gem staring at me with a look I’d never seen from my garden. I knew she was the one. I knew I had the Champion staring at me! After yielding that batch, I made sure to get her tested, and the results floored everyone…or should I say the flower did first, then they got up with amazement.

WE DID IT! I found the base for my mom that would start Native Sun Genetics. I saw the future, the forever young JayZ was rapping about. The medicinal properties, along with high levels of CBD was precisely what I was looking for. I knew If I could cross more genetics, then I could help others from a medical standpoint to obtain beans that would help along their journey without paying overpriced middlemen who were in it for the money.

As more and more Veterans and parents reached out to me and the laws transformed from illegal to a medical state, I immediately obtained my permits to become a caregiver and help my local community out even more so. 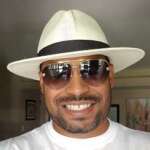 To this day, when I enter my garden, it reminds me of the old cornfields 2500 miles away, where I fell in love with the essence and power of the flower. I knew then I would be in this position to help others free their mind from my labor of love while protecting the tree of life. I do this for the people, I do this out of passion, and I do this to preserve the flower of life for all.

Just like the lovely lady that had to be chopped down after her beautiful run 26 years earlier, I too will come to an end, although the fruit of my labor shall live on from garden to garden forever.

Growing my own flower has taught me the most valuable lesson of all…Love, Live, Learn, and Leave A Legacy! 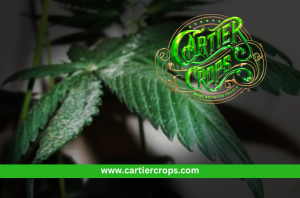 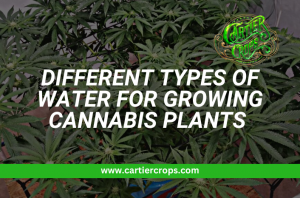